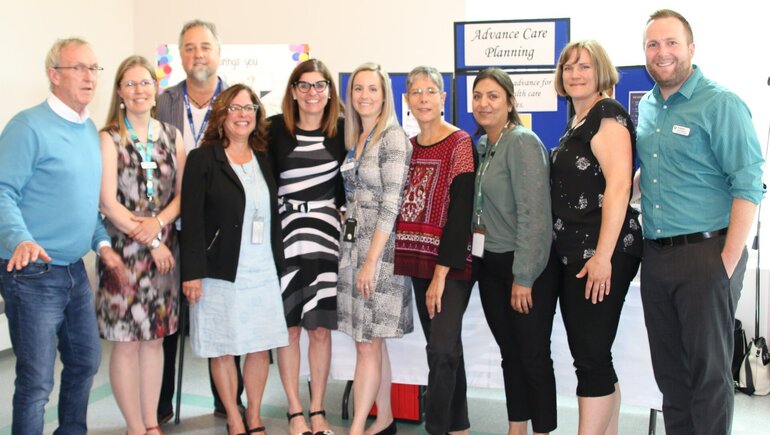 Fraser Health’s ACP Team was honoured to be invited to lead and facilitate an Advance Care Planning (ACP) event hosted by the Semiahmoo Seniors Planning Table  Over 80 people gathered to learn about and engage in ACP. It was held in White Rock, British Columbia on July 9.

The day began with an overview of the topic. It was presented by Cari Borenko Hoffmann, Lead for ACP in Fraser Health. Topics covered included an introduction of ACP, substitute decision maker(s) & healthcare decision making, tips on how to have conversations with family, friends and healthcare providers and resources to continue the process. 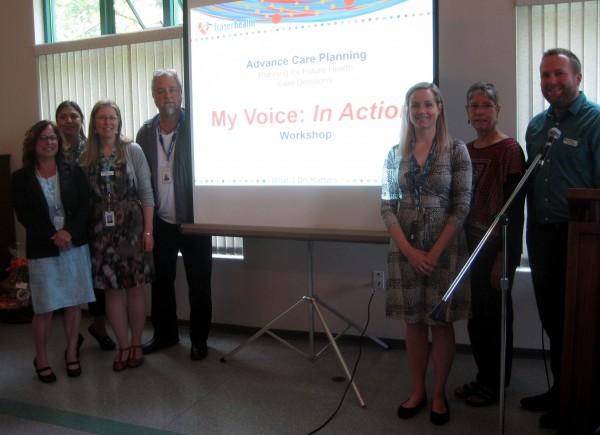 An interactive workshop followed after lunch and proved to be the highlight! ACP clinicians, Lauren Thomas and Lisa Laflamme, walked participants through each of the 5 Steps of ACP: Think; Learn; Decide; Talk; and Record. Following some brief information on each step, Lauren and Lisa encouraged participants to talk at their tables, and record their thoughts in their workbook.  Other Fraser Health ACP team members, Randy Goossen, Nav Prihar, Kelly Johnson, Andrew Saunderson and Nicole Wikjord, were on hand and provided individual table support.

Following the workshop, participants told us they feel better prepared, confident and ready to speak with their families after learning more about what ACP really is.  They also said:

The Honourable Filomena Tassi, Minister of Seniors and Member of Parliament, Gordie Hogg attended the event. She also mentioned in a tweet that aging in place is a priority for Canadian seniors. 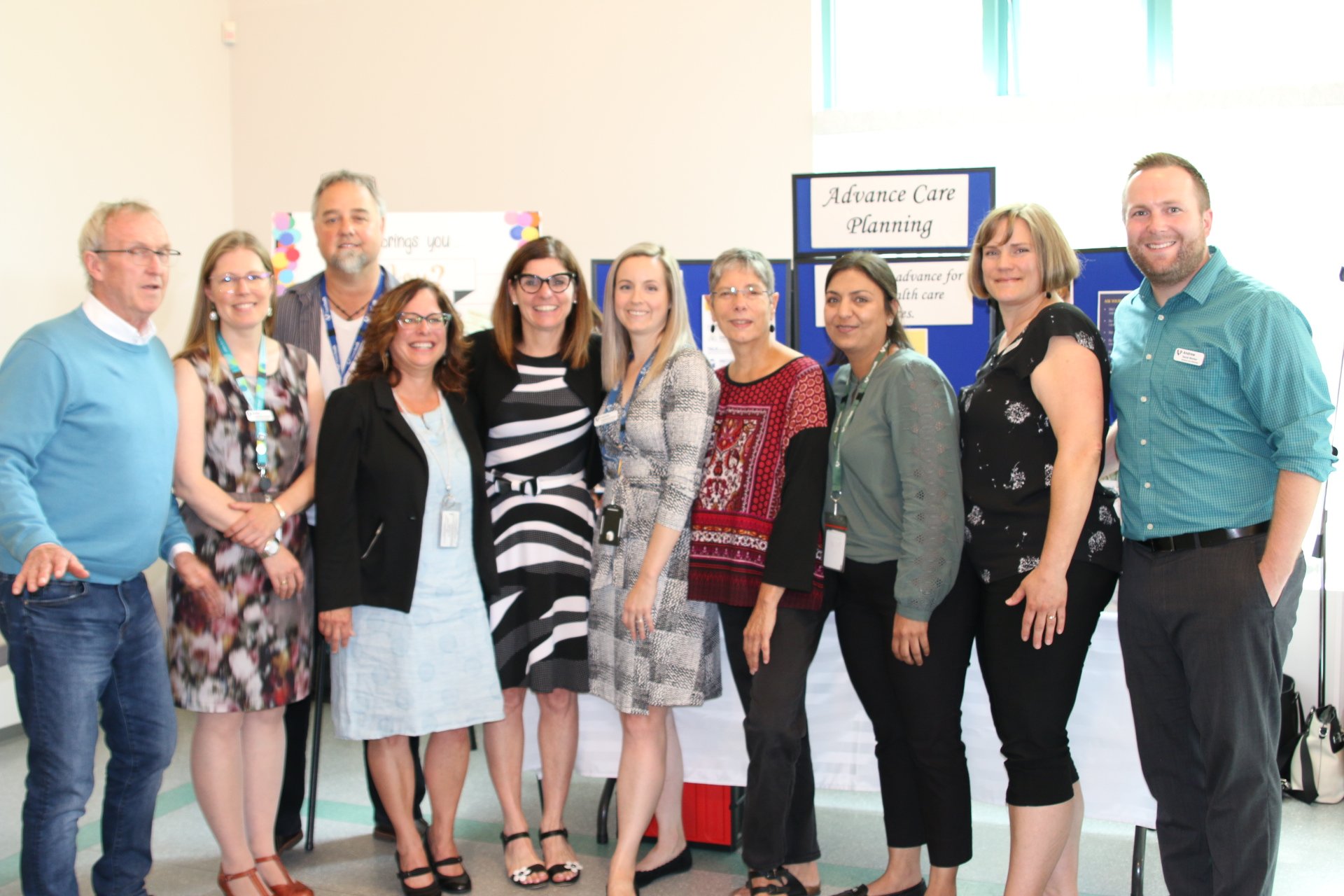