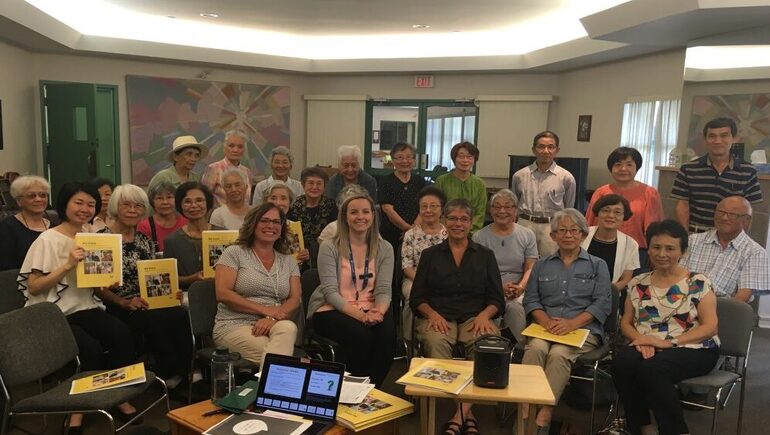 There seems no better place for an Advance Care Planning information session than alongside a group who calls themselves, Minna No Tsudoi which means “A gathering for everyone”. A partnership between the Association and Fraser Health’s ACP team accomplished just that! 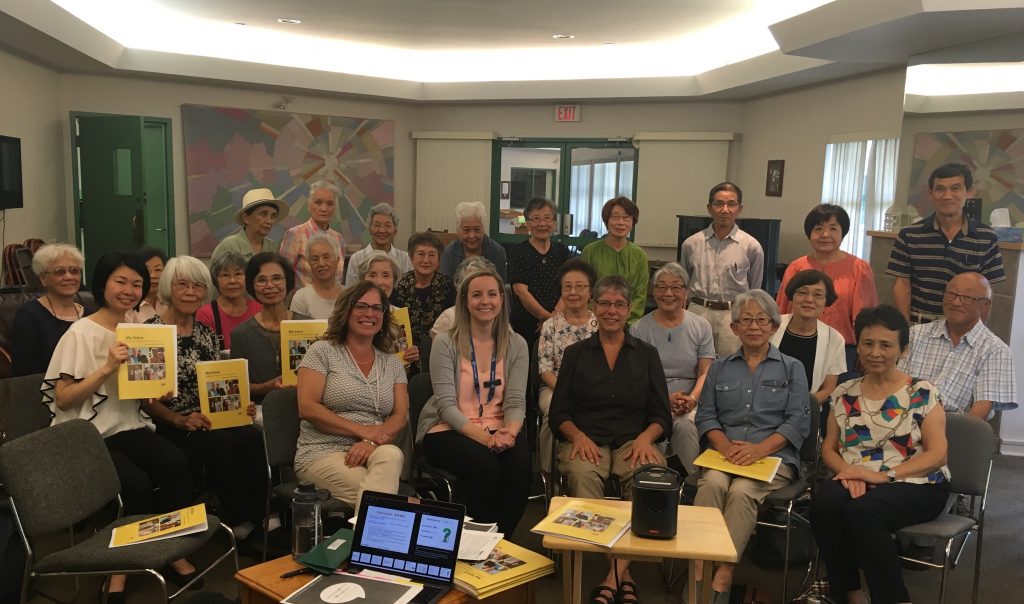 The Association translated the power point presentation so folks could follow along visually as well as provided verbal translations throughout the session. A Japanese workbook, created by Dr. Yoshiyuki Kizawa, was utilized with his permission. He has led the development of Advance Care Planning practices in Japan, which he credits and states is influenced by Canada and Fraser Health’s leadership, and innovation.

Lauren Thomas & Lisa Laflamme, Advance Care Planning clinicians in Fraser Health who co-led the sessions with Keiko Funahashi, Reaching Out Program Coordinator, were touched by the respect, and graciousness between the participants. They felt honoured to be invited to share their ACP knowledge.

Keiko, who provided the verbal translations during the sessions and is becoming an expert on this topic herself, commented that the people who attended let her know: 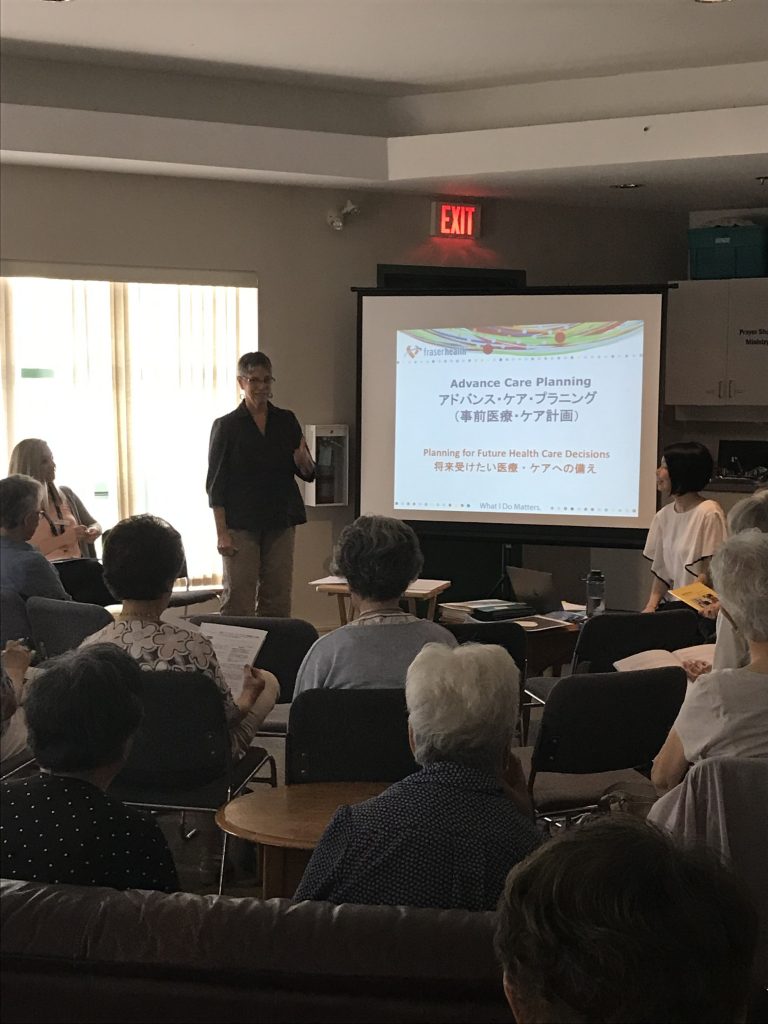