Have you had the talk? 55% of Canadians have not.

Home > News > News > Have you had the...
Categorized in News 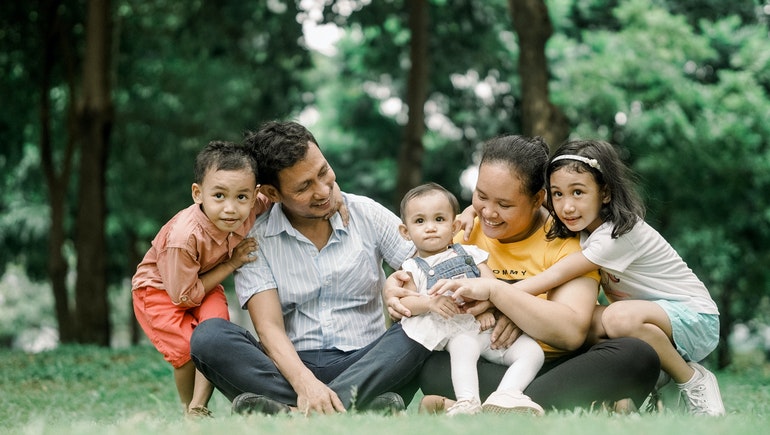 (Ottawa, ON), About six in ten Canadians believe that it’s extremely important to talk to someone about their end-of-life care preferences, but a new Harris/Decima poll indicates that only 45% have done so. The poll also provides some interesting reasons why Canadians are dragging their heels on this important issue.[1]

“It appears that while Canadians seem to know that it’s important to talk about end-of-life preferences when they are healthy, they are also quick to find excuses for not doing it,” says Louise Hanvey, the Project Manager for the Advance Care Planning in Canada Project.

39% are ‘creeped out’ by the conversation 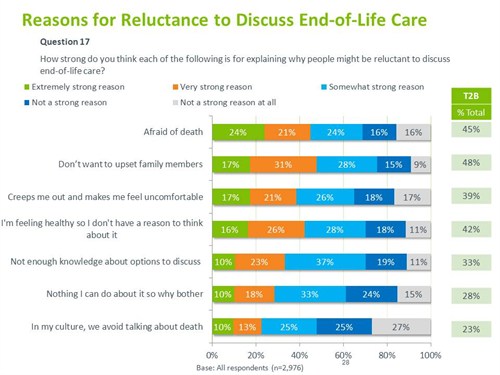 Being afraid of death was one of the strongest reasons for Canadians to avoid having the discussion, the poll revealed. Other reasons include not wanting to upset family members or being ‘creeped out’ by the conversation.

Advance Care Planning, a process of communicating your wishes for end-of-life care and naming a Substitute Decision Maker to speak for you if you are unable to do so, offers a way to start the conversation. The Advance Care Planning in Canada Project provides a number of tools and resources through its Speak Up campaign, including workbooks, videos and wallet cards.

The Harris/Decima poll reports that Canadians who do have an advance care plan are more engaged in the health care system, 90% of them have a family physician or regular place of care. Earlier research indicates that patients who have end-of-life conversations are much more likely to be satisfied with their care, will require fewer aggressive interventions at the end of life and place less of a strain on caregivers.[2] [3]

Data collected in the poll suggests that Canadians overwhelmingly want their health care provider to give them information about advance care planning, and yet earlier studies have revealed many barriers to these conversations. 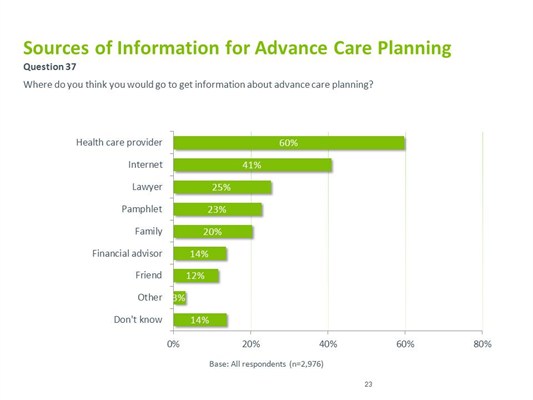 The Speak Up campaign has developed a toolkit to help health care providers initiate the conversation with patients and families, including a “Just Ask” cue card to facilitate discussions.

Ms. Hanvey notes that health professionals could do a better job asking about patient wishes for care, but emphasizes that individuals should also consider taking control of their own future. “It’s clear that Canadians understand that it’s important to have these conversations,” she says. “It’s time to stop making excuses and start talking. Speak up and make your voice heard.”

The Canadian Hospice Palliative Care Association (CHPCA) is a national, bilingual charitable non-profit association with membership comprised of individuals and hospice palliative care programs and services from every province and territory. The CHPCA is a member of the National Advance Care Planning Task Group, comprised of representatives from a number of organizations and professions across Canada. The Task Group has collaborated to develop Advance Care Planning in Canada: A National Framework and Implementation and the Speak Up campaign.

The Harris/Decima survey was conducted for The Way Forward, a three-year initiative launched in 2012 and funded by the Government of Canada. The Way Forward seeks to change how Canada thinks about and approaches aging, chronic, serious and life limiting illness and dying; and how to extend the benefits of hospice palliative and end-of-life care, and advance care planning, to as many Canadians as possible. Tapping into palliative care knowledge and expertise across Canada, The Way Forward is focused on fostering collaboration between provincial and territorial governments, regional health authorities, agencies, clinicians and service providers, among others to improve quality of life, reduce emergency visits and hospitalizations, and make more effective use of health system resources.

[1] “What Canadians Say: The Way Forward Survey Results“, is a quantitative online research survey of 2,976 Canadian adults. The poll was completed for the Canadian Hospice Palliative Care Association using the Harris/Decima’s proprietary online panel and is precluded from reporting a margin of error. The survey data was weighted using the 2011 Census to reflect the general population.